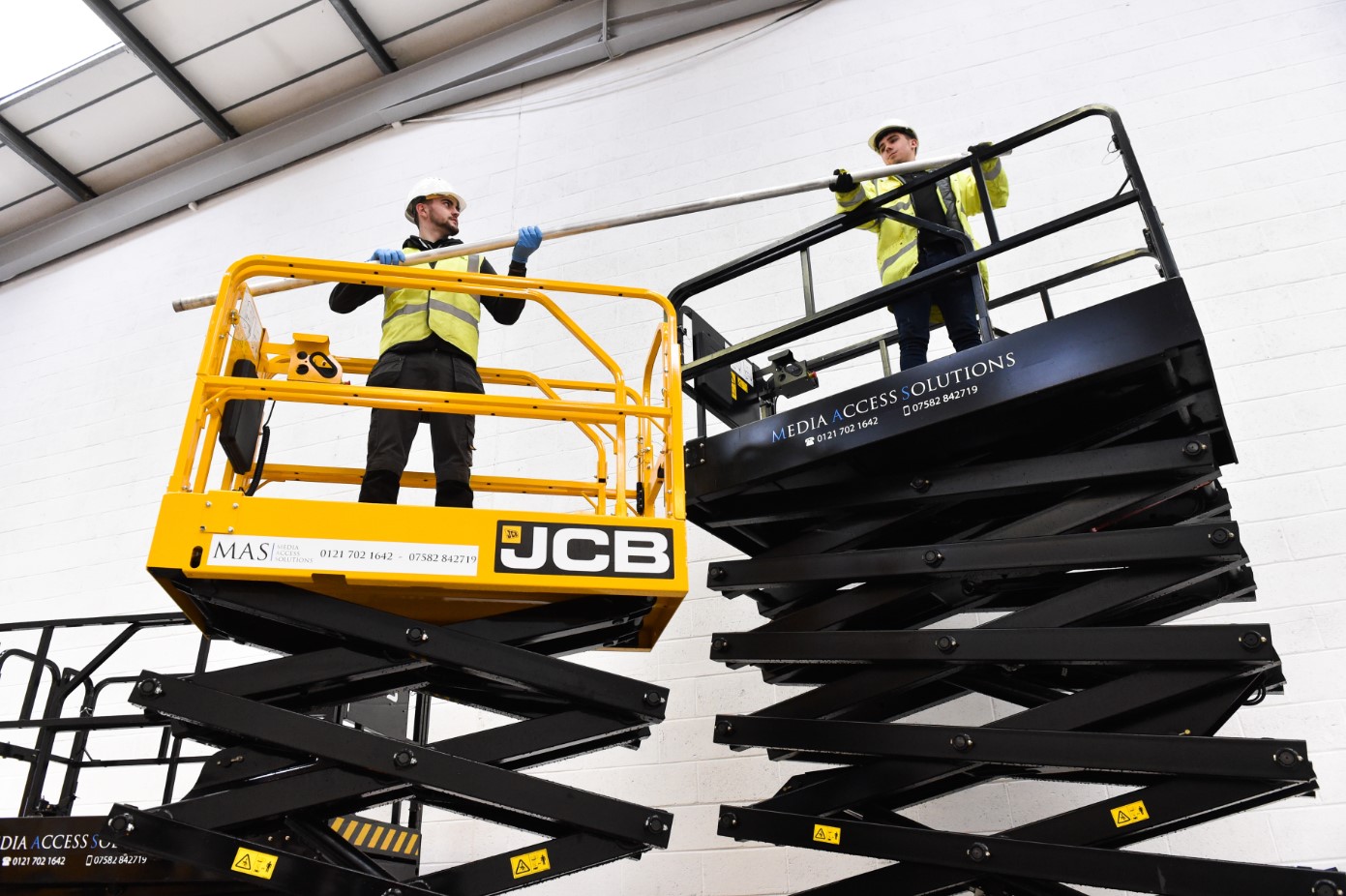 A fleet of JCB Access scissor lifts has landed a leading role for the premier supplier of access equipment to the television and film industry.

Solihull-based Media Access Solutions (MAS) has purchased 68 new JCB models – ranging from 19-39’ (5.9-11.9m) – for hire on high profile film and TV projects across the UK. They follow the successful performance of 27 existing JCB scissors in the MAS product line-up purchased in 2017. The new machines have played their part this year supporting filming operations on the sets of movies and series including Maleficent 2, John Wick: Chapter 3 – Parabellum, Netflix’s The Crown and Fantastic Beasts on sites such as Warner Brothers and Pinewood Studios.

“In our demanding industry, no feedback is good feedback and I have never had a single complaint about a JCB scissor lift. I trust and value the opinion of my engineers and they all say the JCB Access machines are a quality piece of kit. The battery life is great, the extra warranty is a bonus and the paint finish is second to none. The whole process with JCB and JCB Finance is fantastic. So simple, so quick, a few forms to fill in then the machines arrive. If I had the chance to start the business again, I would buy everything through JCB Finance. I wish I had known about the service when I was setting up.”

Media Access Solutions is a specialist supplier of lifting equipment to the TV and film industry, supporting set lighting and rigging services in studio or on location.